Welcome to another battle report between my eldest son and I. He was running and Imperial army and I was finally trying my hand at the Rebel forces led by Cassian Andor.
I was running the following list: 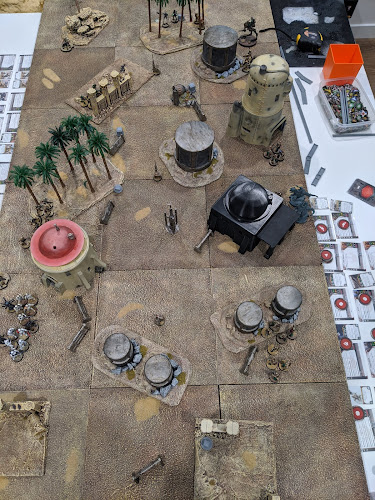 During deployment I had a vision to have Andor get into a position to shoot length ways and cover at least 2 out of the 3 transmission objectives. I started putting troops on the Eastern flank which drew out opposing Stormtroopers. With the activation advantage stacked in my favour I then placed the remaining troopers and Tauntauns in a central position drawing out the Shoretroopers. From here I infiltrated Cassian Andor (giving command to Pathfinders) and positioned the remaining units to take out the Mortar and Scouts before sweeping towards the East.
Turn 1 - Push vs Coordinated fire 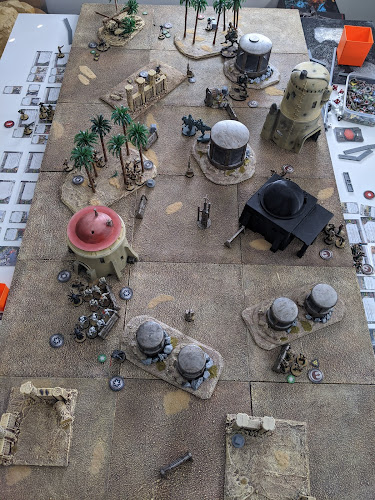 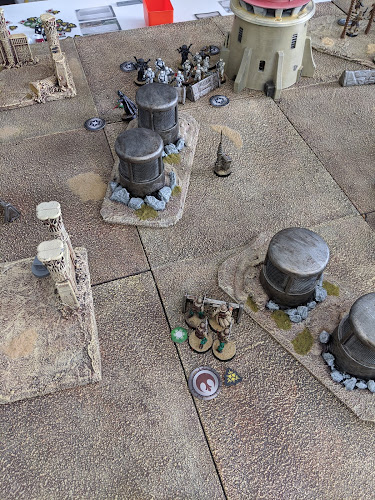 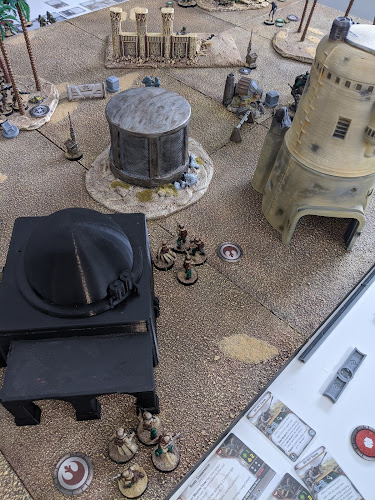 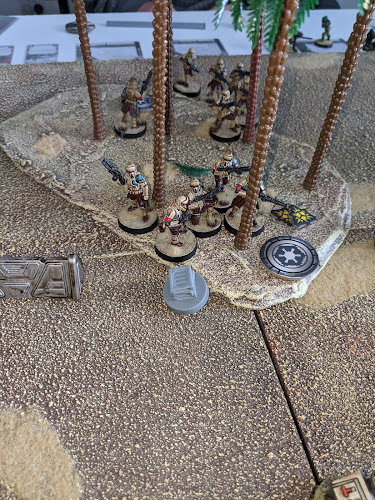 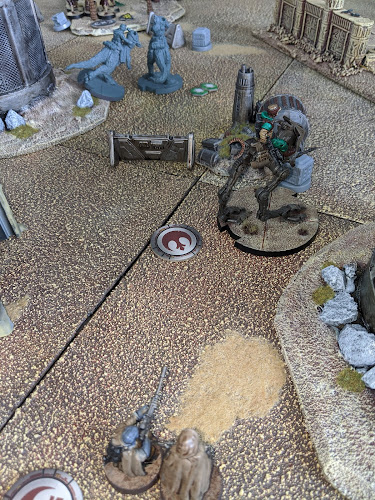 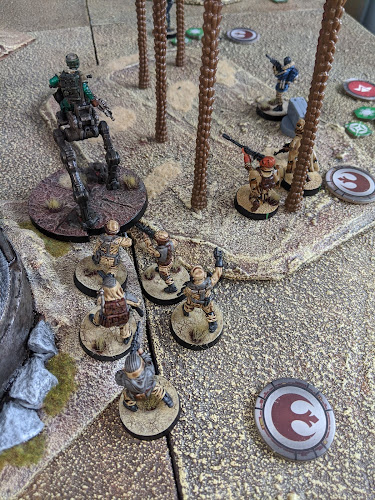 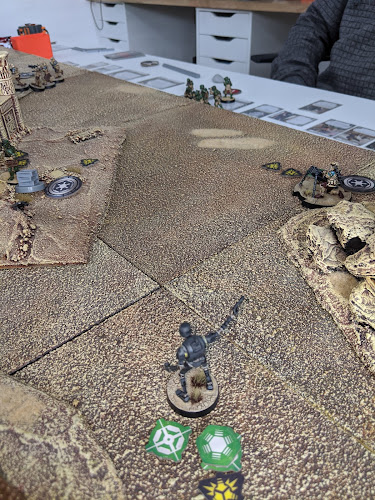 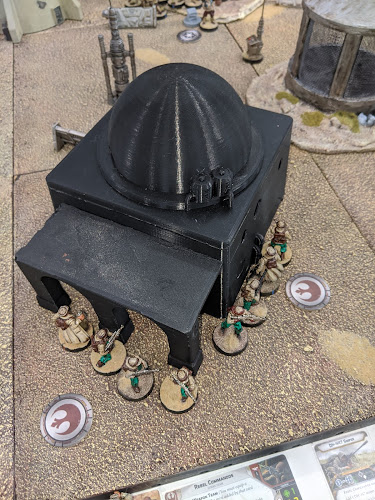 Landon - Random draw Stormtroopers move over the barricade and then performs a dodge action. 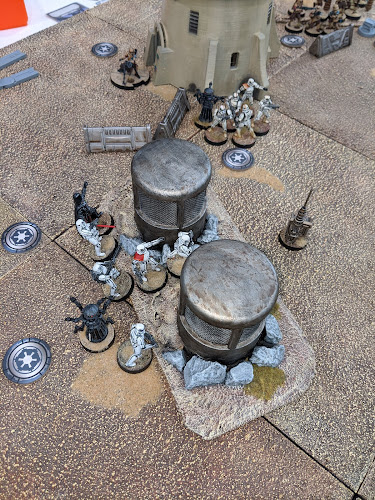 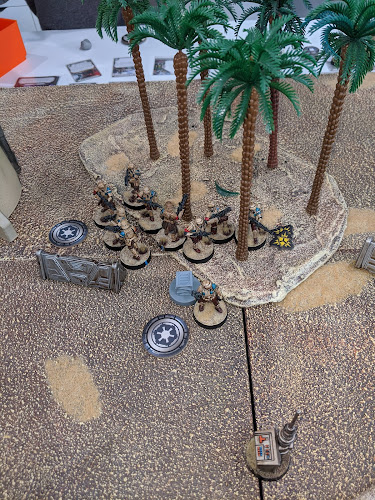 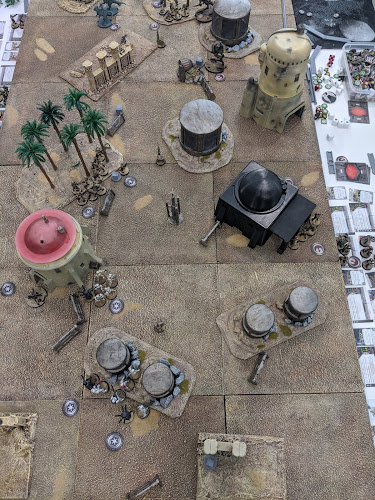 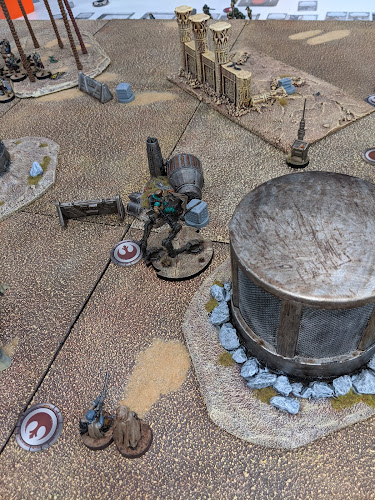 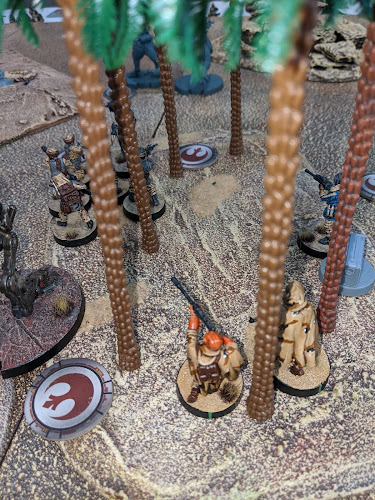 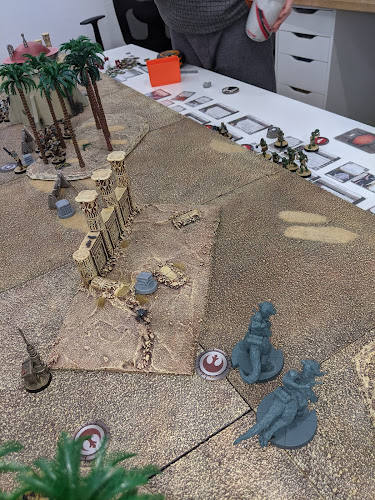 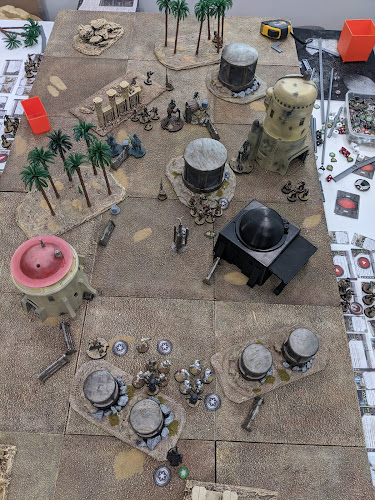 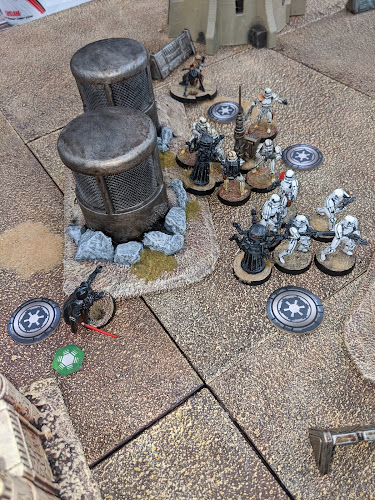 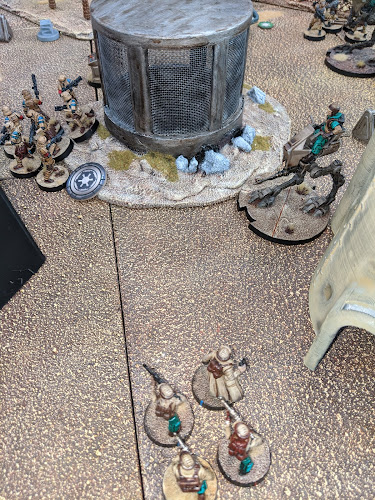 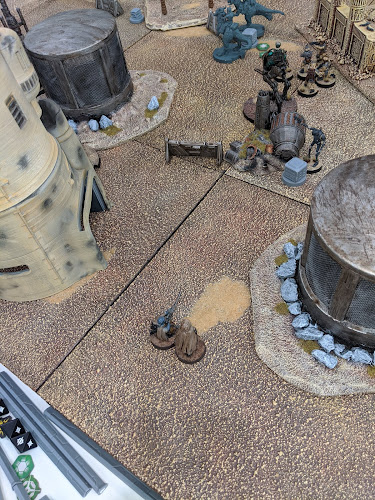 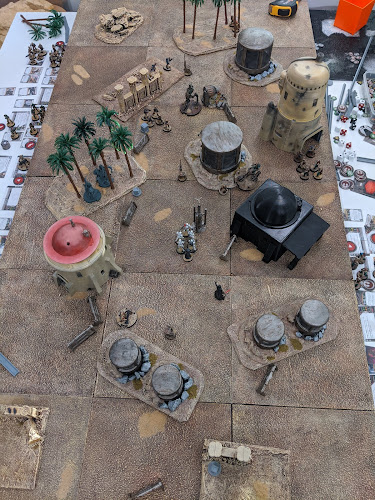 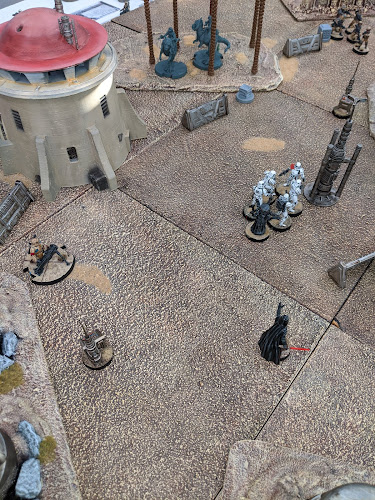 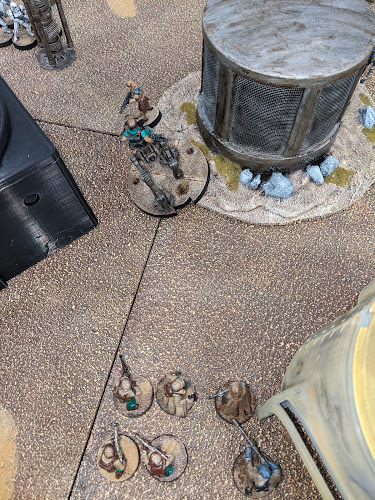 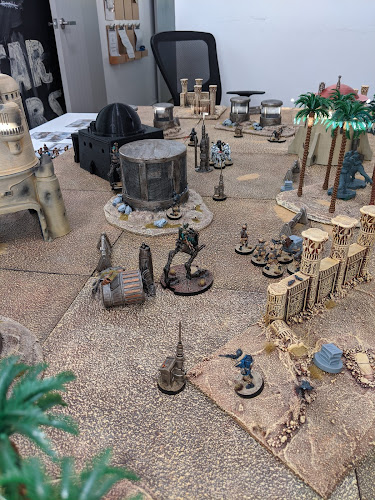 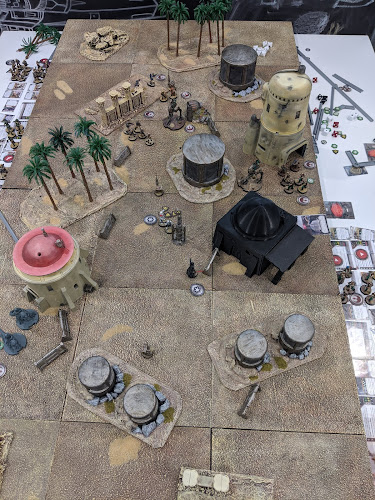 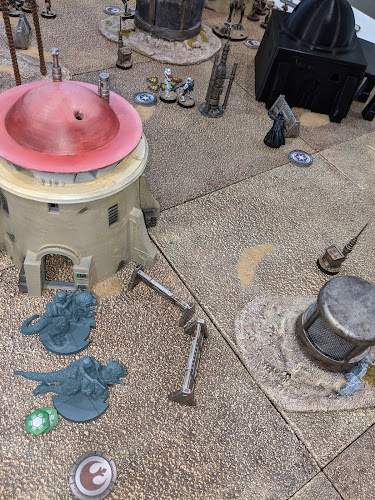 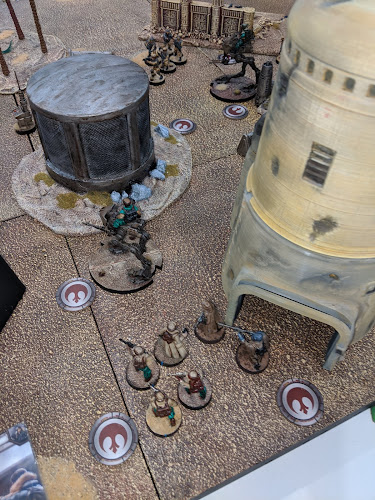 James - Cassian aims and shoot onto Vader for a single wound.
Landon - Vader uses force reflexes to gain a dodge and then moves and performs a standby action.
James - Pathfinders aim and kill the final stormtroopers.
I can't quite kill Vader at this stage but shuffle the Tauns into range of the Western objective securing the victory. 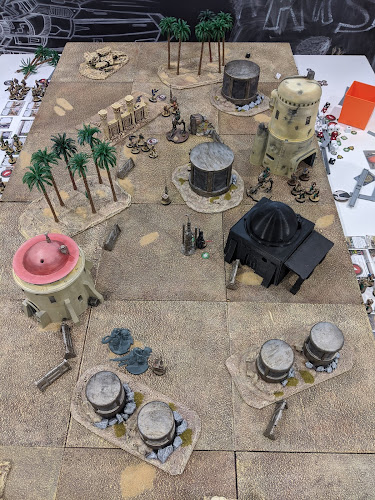 Final victory points:
James - 7 VP
Landon - 3 VP
Conclusion:
Thanks for reading again. This was my son's first game using Darth Vader and I don't think he was prepared for how super slow he was. I thought he was going to get dumped into the swarm of Shoretroopers but when he was placed on the flank with the Stormtroopers I was confident I'd be able to contain him and keep him out of the game. I'm sure this won't happen ever again with him though!
I have a real hatred for Rebel Troopers. They simply just fill a corp tax in the Rebel army at the moment and although they do provide a target, they always drop when shot at. Unfortunately investing in weapons or upgrades just seems to play into my opponents hands even more in this regard.
Tauns were amazing, but of course they're supposed to be. On the AT-RT's I originally took them for the range 4 laser however, I think the rotary blaster is the way to go as they can easily move into range and sit at range 3 keeping the weapon threat range active.
Pathfinders didn't do anything amazing for me and I can't help but feel perhaps a unit of Commandos would be better suited. Besides the black dice to shoot with, they low profile rule looks to be a better option in my eyes.
Onwards!
Posted by Jimmy at 1:56 PM